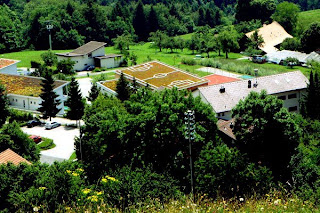 I was in Thun, Switzerland this weekend where I noticed this funky roof in a near by Village. 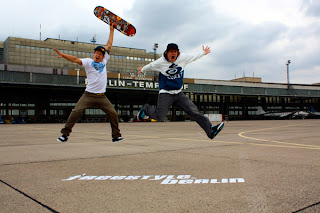 The Swiss are not only exporting tasty cheese, yummy chocolate and well working pocket knives. No, they are now bringing the freestyle.ch event to Berlin. YEAH!! Been to the press conference today and it is going to be a sweet as event. The plan is to set up a mega high take-of-platform of 40 meters that is 300 tonnes of steal!!! As well as a good looking skateboard, fmx and party area. Its all going to be happening at the old Airport Tempelhof right in the centre of Germans capital City Berlin from the 9th to the 11 of October 2009.
0 comments 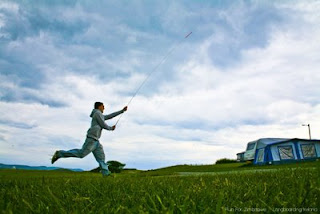 Longboarding trough Ireland to race awareness for the people of Zimbabwe. A group of four friends doing exactly that right now. They have got a daily travel update with photos and videos on their blog. Please look at their website.
0 comments

DMY Youngsters at the Arena Berlin 2009 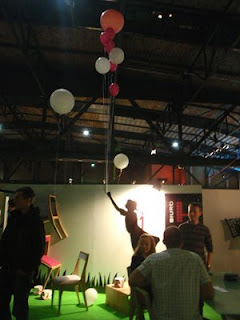 Same Same but Different is the theme of this years Festival Program which started last night with the DMY Youngsters Exhibition Opening. The experimental design solutions are now, for the next four days, showcased in the history Arena building. The Arena was build in 1927 as a bus shelter and with its 7.000 sqm. it used to be the biggest self supporting structure in Europe at its time. Now the complex is a microcosm for creative artist and designers with a great atmosphere and even without the DMY Festival an interesting place to visit.
When I arrived, there was a long queue of people trying to get into the doors and I was pleased to see, that design, even with the economic crisis is still of interest. Once I got in I was positively surprised about the originality and quality of the work shown. I have to admit that when I first found out, that the focus of this years exhibition is on Dutch design I was secretly thinking "oh no! not again!" but the work shown was of high standard full of wit and convincing in a creative as well as a social level. 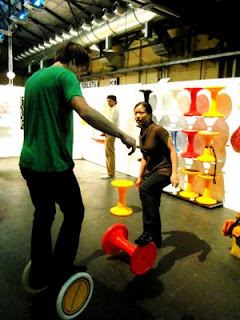 Salzig der sport Hocker (Salty the sporty stool) is a stool to sit on, slide on, roll on, jump on and generally play with is a cool little plastic 'toy' that guarantees a lot of fun. Designed by a young Agency, originally form Kiel and now in Berlin the stool is an ideal piece of furniture for everyone with a young mind! The boys even slide down a skateboard vert ramp and they can do all sorts of funky moves with that thing. Shame I didn't get a great picture but you can see what the thing those on this movie. 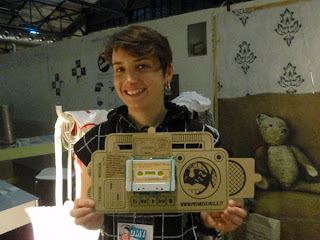 Private Circle Design is a Italian collection that re-uses ordinary objects and materials with the aim of inspiring people to find their own possibilities instead of throwing away objects that can have an extra life with a new function. During the opening last night, they invited visitors to come and dress up with their design work which was great fun. On the picture you can see the cassette wallet made out of old tapes. The packaging is a cardboard music player and the user can pull out all sorts of little tags and gadgets. 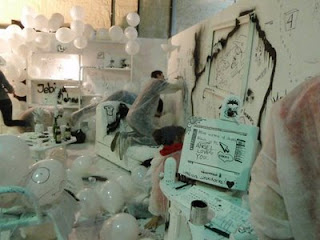 Students from the Georg-Simon-Ohm Hochschule, Nuernberg had a cool black and white booth where they showcased magazines, illustrations as well as books. Anyone was invited to come and doodle on their wall. Some of the stuff can be purchased at the shop too. 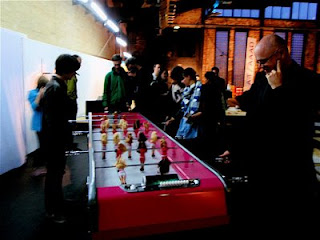 Footy in pink! A project by Cleo Ruchon student from the ESAD Strasbourg called Barbie foot. Horrible colour but a fun idea. 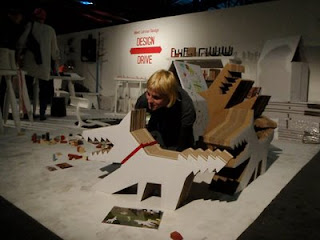 Cardboard toy from Latvia. The in Riga based Agency; Design Drive is a platform for creative thinking and ideas exchange in Latvia. The toys can be illustrated by the children themself and the Designer plans to produce them out of water proof material so that they can be used as floaters. Nice! 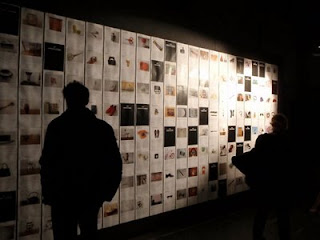 Henry Schmidt and Mathias Dietz presented a wall full of "my favourite object" They had asked their friends to take pictures of their most loved things and it was interesting to see them all posted up there. Some of them where even my favourites. 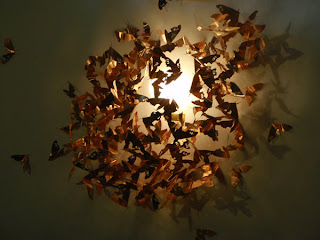 Limited Moth by Thomas Traxler points out the limitations in reality. The lamp portraits a type of rare Austrian moth (only 800 left). The copper swarm is numbered and flays towards the light bulb. Thomas donates some money towards a environmental organisation that trys to conserve the moth. Once there are more moth again Thomas can create more lamps. 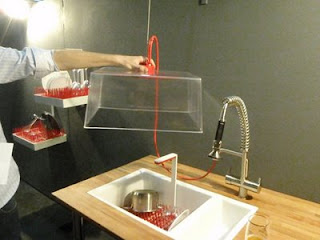 The Colo Dishwasher concept breaks the old-fashioned handling habits of existing washing methods. The user can place the dishes on the tray in the sink, it gets washed and dried and later, the tray can be but back onto the wall without the need of sorting out the dishes first. The concept comes from Peter Schwartz and Helene Steiner both students from Bauhaus Universitaet Weimar. Its a reduction of the machine to its essentials and of course colour orientated, pure Bauhaus style!.
0 comments

Berlins DMY Design Festival is kicking of today. The DMY Festival Team has had several hard working weeks behind them and can now finally present the Design Festival 2009 in the Arena tonight. 550 Designers from all over the World will be showcasing their creations over a 18.000sqm areal during the four day festival period. The Youngsters Show will be held close to the DMY´s head headquarter, near Treptower Park whereas the DMY Allstars Show has its premier in a new location: the IMA Design Village. Spread across Berlins hip city locations are the DMY Extended shows.
1 comments