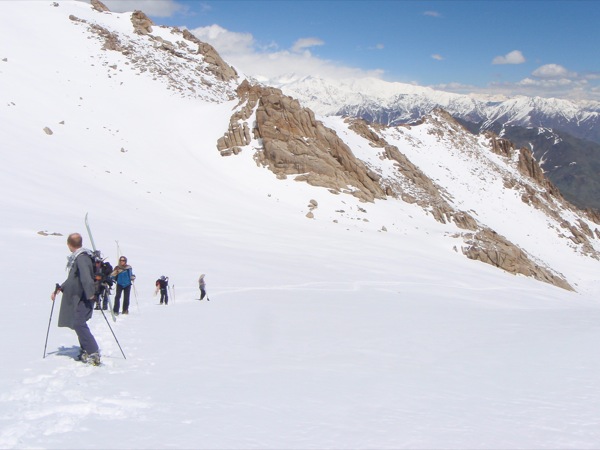 The winter season in the Salang Mountain Range is nearing towards its end and the summer is coming closer and closer. Nevertheless the snow is superb for touring at the moment. Still quite crispy soft underneath. Great to build jumps as well.
0 comments 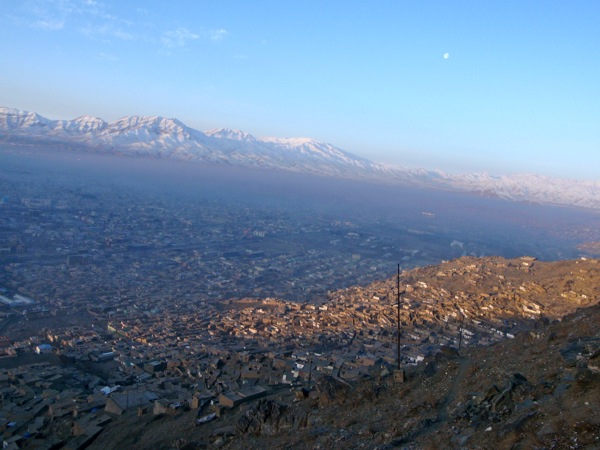 A early morning glimpse of the capital city of Afghanistan. Two guys from Grain media are currently visiting us and it was bloody cold but stunning this morning.
0 comments

Girls are sweet but never trust them! 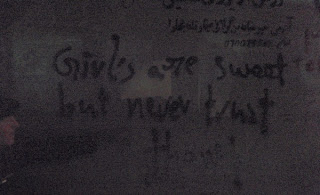 Another bit of Afghan street art in Kabul. Would say this works vise versa.
0 comments 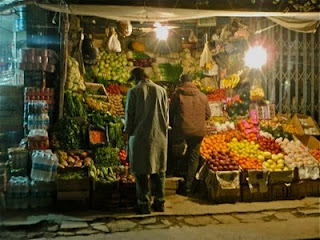 Just an ordinary vegetable seller on a Thursday evening.
0 comments

Mine Clearance in Afghanistan 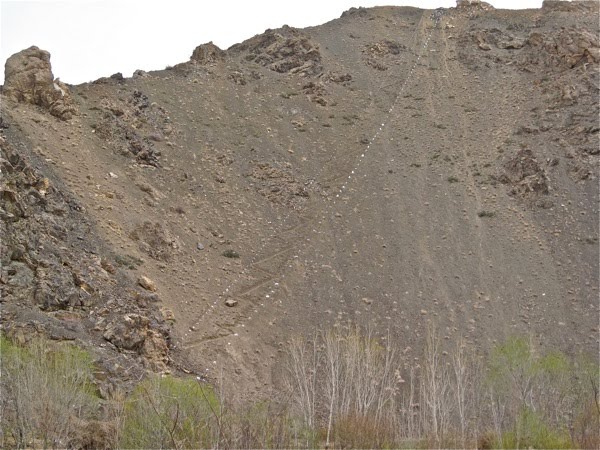 Walking of the path is super sketchy in most rural areas in Afghanistan. The NGO HALO Trust is as far as I know the second biggest employee in the country and is working hard to remove the land-minds scattered around the countryside. The two lines going up, marked with white stones, indicate the clear pathway in the middle, the rest is uncleared terrain. 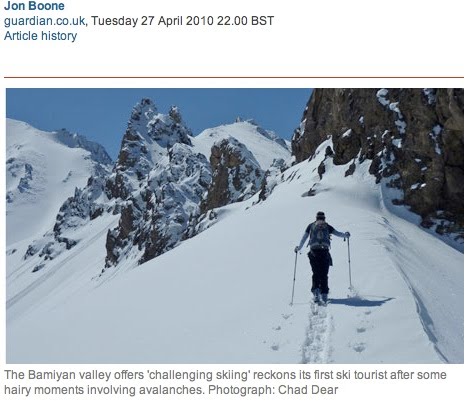 Afghanistan is not an obvious tourist draw. But it's hoped that a snowy valley may
change that. Here a link to an article in the Guardian about my friend Ken, skiing
in Bamiyan. The place where the Buddhas once stood. Here is a french NGO who trains locals as avalanche guides and skiing instructors by the way.In future they plan to publish an Afghan skiing guide. Hell yeah!
0 comments 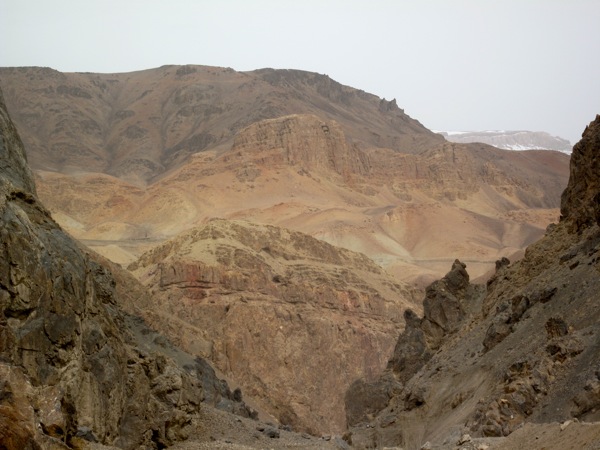 Rocks and cliff faces lining the roads in the province of Bamyian and they are sparkling in all shades of read. The pictures does not to the color rianbow any justice yet it is still worth to share.  The county, which lays in the middle of Afghanistan used to be part of the famous silk road. Traders from the Roman Empire, China, Central and South Asia traveled the rough roads centuries ago; packed with donkeys, camels and horses.
0 comments 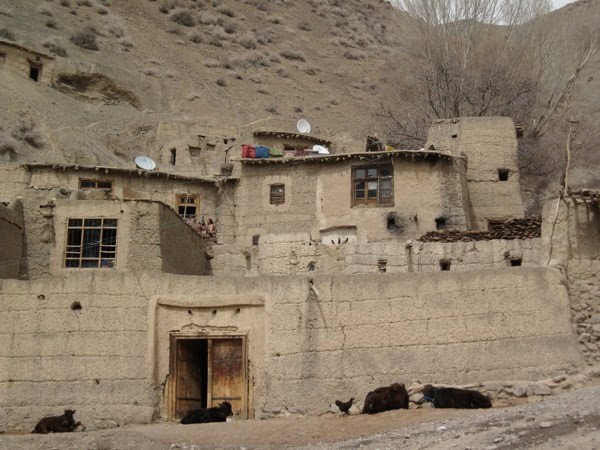 Bamiyan Valley is stunningly beautiful and it feels like a time travel, going back in years, if not even centuries when watching farmers working on their fields with ox and hand made machinery. Jet on the other hand houses have TV dishes that intrude the idyllic illusion of having traveled in time.
0 comments 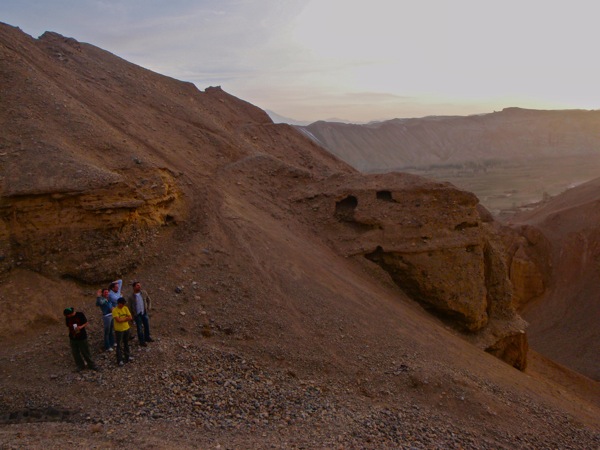 A magical sunset in Afghanistan.
0 comments 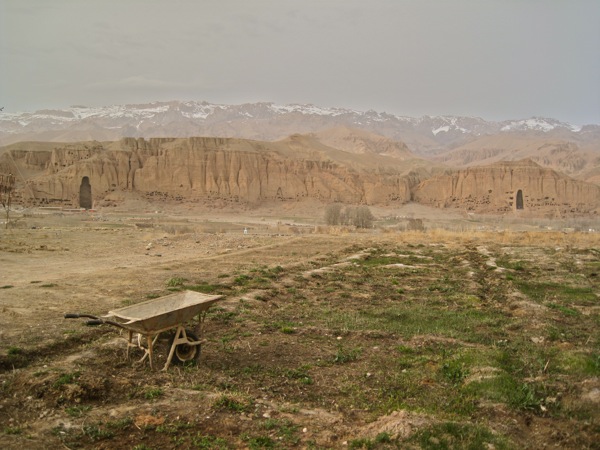 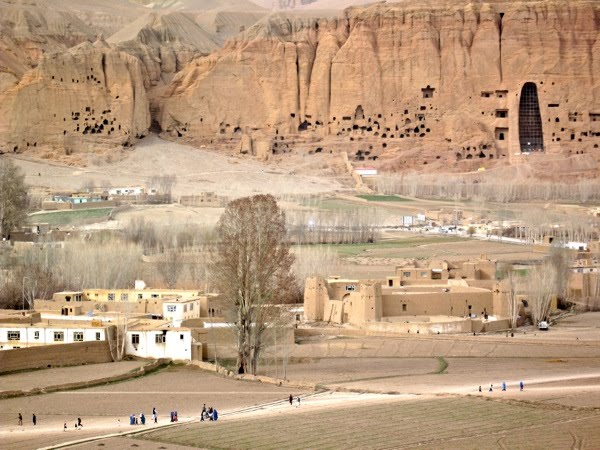 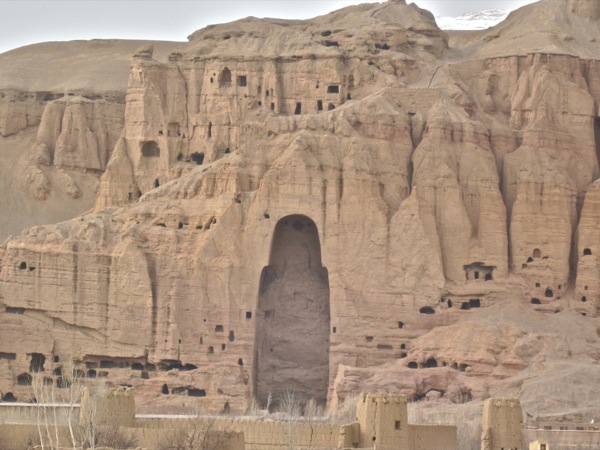 Once upon a time Bamiyan was the protector and capital of Buddhism of the entire Asian region for many years. Build in 507 B.C the ex-statues where a landmark for Buddhism all over the world and destroyed by the Taliban in 2001. Thousands of Buddhist monks once lived in the caves and grottos, which are carved into the cliffs along the statues.

Than the caves were home to thousands of Hazara refugees who had fled Kabul. Today foreign NGOs have asked the refugees who lived close to the statues to move into camps or provided them other accommodations in order to protect the caves from destruction.
0 comments

The view of the Buddhist 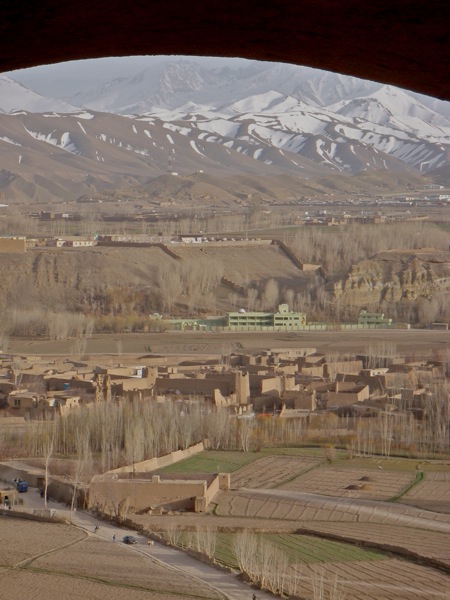 Sitting on a sketchy piece of scaffolding 165 feet high in the forma place of the head of the Buddha overlooking the beautiful Bamiyan Valley was quite a special moment!  This panorama is literally taken from the point of where the standing Buddha's eyes used to be located. Guys (you know who you are) sharing the little treats with you and being elevated by the magic surrounding us was special. Thank you!
0 comments

Village in the Caves 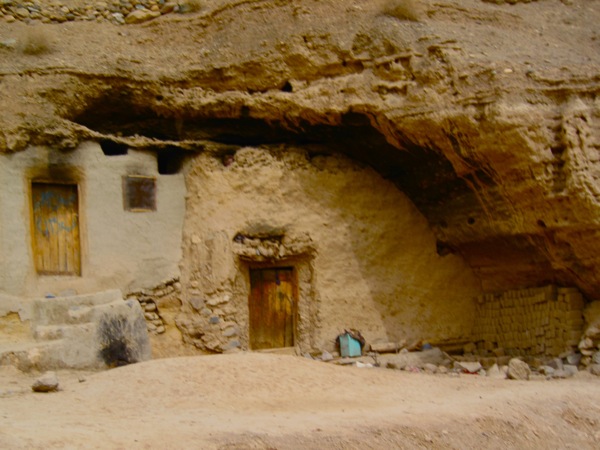 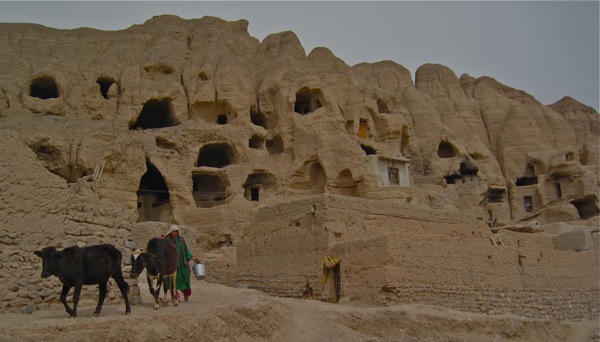 Thousands of years ago Buddhists would meditating and search for silence in those ancient caves. Now since the Buddhas have gone and the area was overrun by violence and pain of war local villagers took over the caves and started making them to their own homes.
0 comments 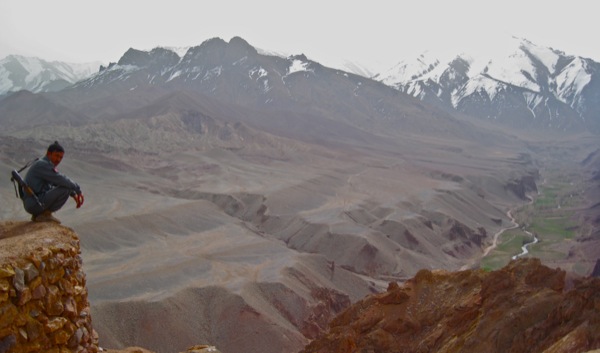 This guard is over looking the road to Wardak, a place  I personally really don't want to go to at the moment. I took this picture on top of the Red City and their are two ways to Kabul. The long way and the short way.
0 comments 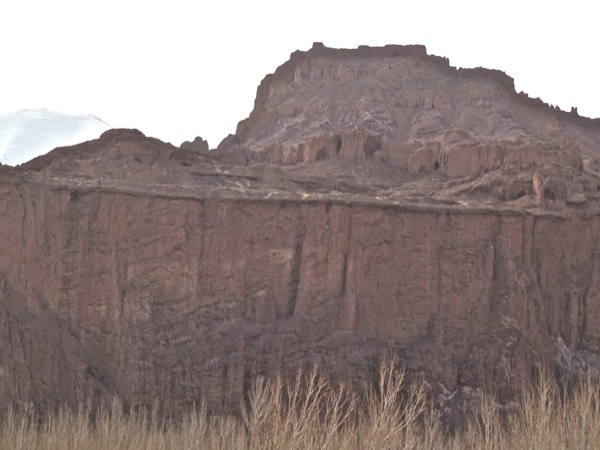 Eight hundred feet above the entrance to the Bamiyan Valley are the ruins of the Red City. This fortress of sun-dried red clay was once home to 3,000 people and was the primary defense for the valley during 12th and 13th centuries. In 1221 it was attack by the grandson of Genghis Kahn. The fort held and the grandson was killed. 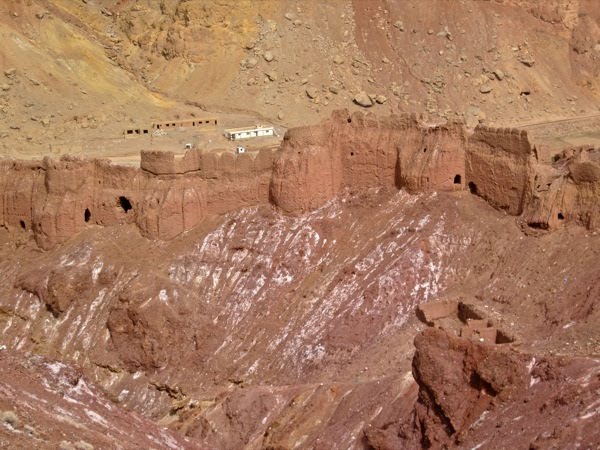 In revenge Genghis Khan himself attacked the valley and destroyed everything including the irrigation systems. The Red City was never rebuild after this attack. The ancient mud walls only still stand  because there is little rainfall in this desert country to destroy them. 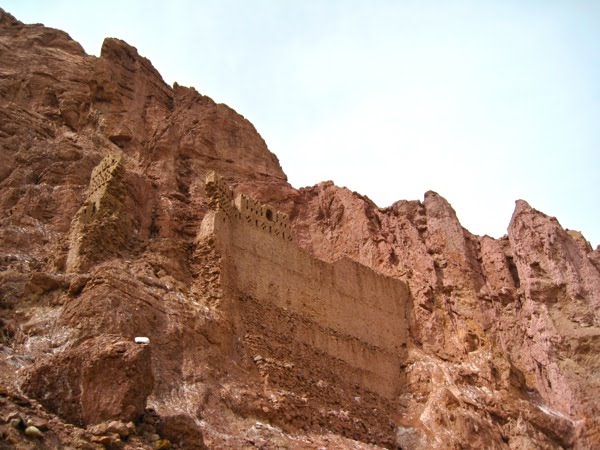 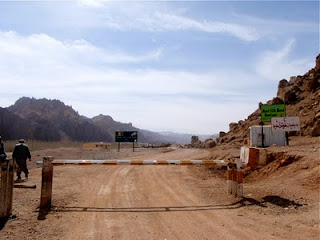 A while ago I blogged about Street Art in Kabul. I like to share the work of Talibansky who are the guys behind the Cost of War stencils here in Kabul. Chand Ast (in english: how much?) is their first video. Love it guys!
0 comments 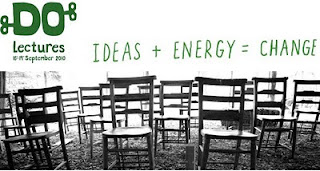 The change makers see the world differently. They don't see it how it is. They see how it could be. They have vision.  They have energy and they don't rest until it becomes a real thing. The reason the Do lecutures exict is to inspire others and get them do Do something.


DO lectures is a gathering of interesting and inspiring people in the middle of a sweet a place in the deepest of Wales (UK) called Fforest a beautiful site with tents and tasty organic food.

The list of speakers for The Do 2010 is up. If you cant make the real thing, all the talks will be uploaded on the website for everybody to see. To see the speakers and get inspire click here
0 comments 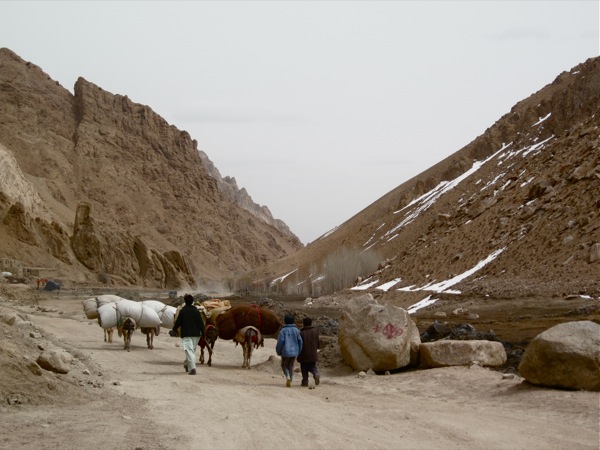 Bamiyan Valley is magical.Here a nomad family carrying their goods from A to B.
0 comments

A Village Along The Way 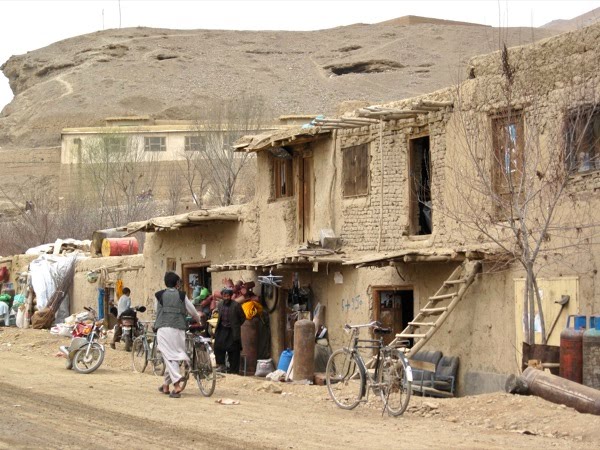 On the way to Bamiyan, where the Buddhas once used to stand in pride. This is just an ordinary street in an ordinary Afghan village yet I love how I feel like I fell into a different world.
0 comments 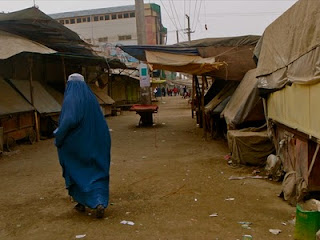 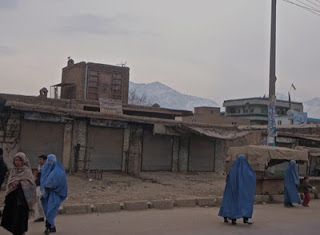 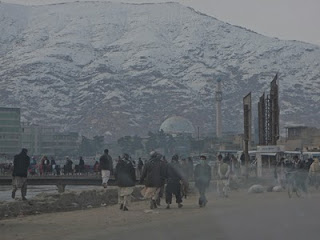 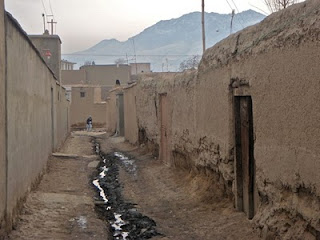